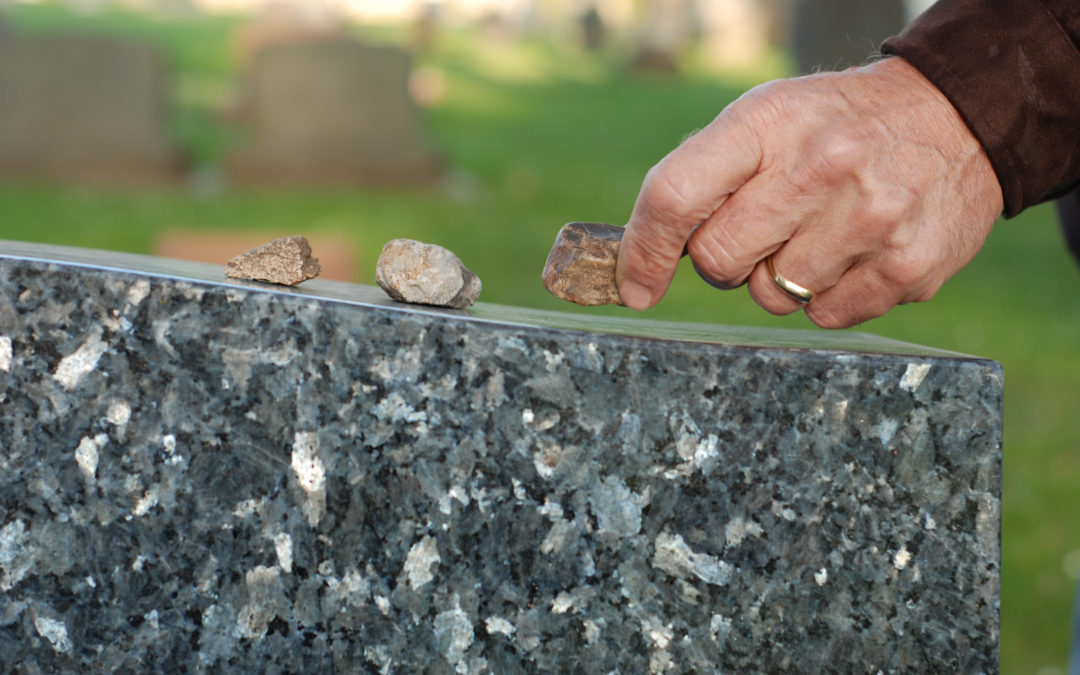 The Significance and Origins of the Tradition

It’s a custom that many people have seen. In the closing moments of the Academy Award winning film Schindler’s List, some of those who survived the Holocaust because of Oskar Schindler file past his grave, leaving stones on the monument. The placement of stones on a grave or monument is an ancient tradition in the Jewish faith. In fact, in most Jewish cemeteries, you won’t see flowers, but it’s not uncommon to see lots of stones, large and small, placed without apparent pattern on most graves.

The first thing to understand is that the placement of a stone at a grave or monument is not a commandment of any kind—it is simply a tradition or custom that has evolved. As with many traditions that originated thousands of years ago and have been carried into modern times, both the origins and the symbolism of the act are subject to different interpretations. Among the most widely accepted are:

We’ll Assist You in Your Time of Loss

At Gutterman’s, we provide comprehensive and compassionate funeral home services to individuals and families in New York and Florida. For guidance after the death of a loved one, or to learn about the ways that we can be of service to you, call our offices at one of the numbers provided below. We are available 24 hours a day, 7 days a week to assist you.