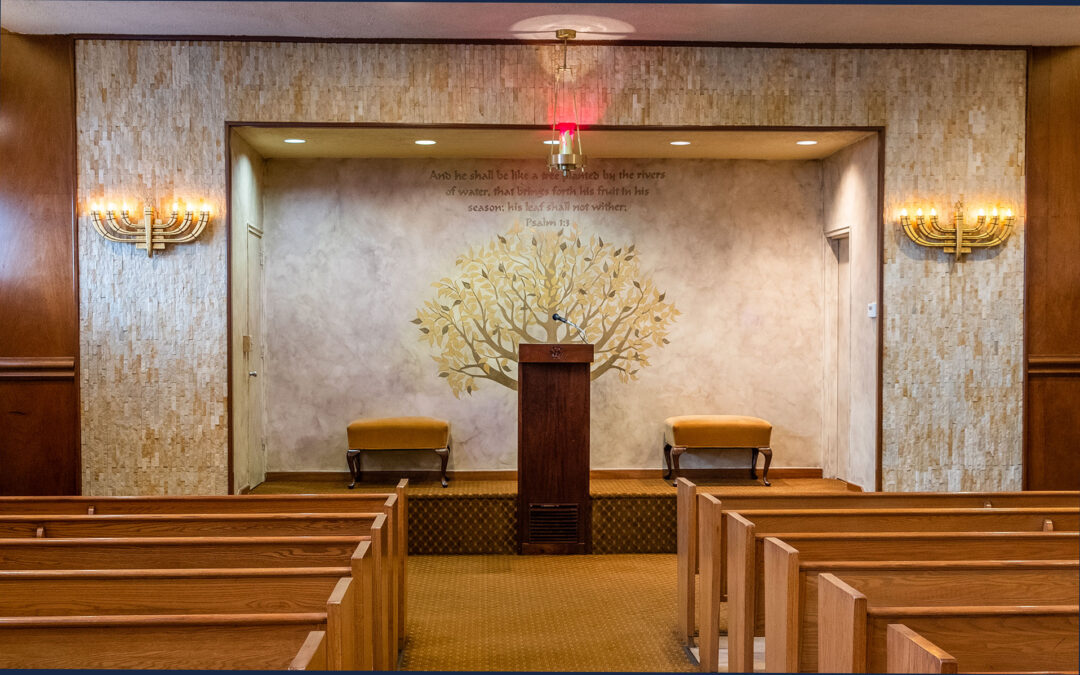 Within the Jewish faith, there are customs that have been followed for millennia when a person dies. If you are unfamiliar with Judaism and its traditions, this blog can help you understand some of those customs, so that you can properly pay your respects and honor the deceased’s faith and beliefs.

Immediately after Death, but Before the Funeral

The Torah, the sacred text of the Jewish faith, states that “[Y]ou shall bury him the same day…His body shall not remain all night.” Accordingly, burial is to take place as soon as possible. Though members of the Orthodox community strive to ensure that burial takes place within 24 hours of death, that practice may not be strictly adhered to in other Jewish traditions.

There is, therefore, sometimes no visitation or viewing of the body before the funeral. The time for visitation will be during Shiva, the seven-day period after the burial. In addition, flowers are generally not a part of Jewish mourning or a Jewish funeral, so it would generally be inappropriate to send flowers to the family.

Etiquette at the Funeral Service

The Jewish funeral service is typically brief, running 30 minutes or less. A rabbi may perform the service, but that is not a requirement. Again, since flowers are generally not a part of a Jewish funeral, refrain from sending them to the synagogue or funeral home.

While the practices may vary slightly, it is typically customary for both men and women to wear some type of head covering to the funeral and burial. For the men, it will be a yarmulke, or skull cap. Most Jewish funeral homes will have some available for you if you don’t own one. Attendees should dress in black or dark colors and suits and dresses are considered the most respectful attire.

The service typically consists of the recitation of psalms, a eulogy and a memorial prayer. The service is solemn, so conversation of any kind is typically inappropriate.

Once the service is over, the casket will be carried or wheeled out by members of the Chevra Kadisha, or by male members of the deceased’s family. All attendees will generally remain standing until the family has left the room.

Within Jewish tradition, it is customary practice for family, friends and relatives to go to the cemetery and participate in the interment. When the hearse arrives at the cemetery, it comes to a complete stop. Family members then take the casket from the hearse to the gravesite. In some traditions, mourners may stop periodically, as a show of grief, as the rabbi recites Psalm 91.

As with the funeral service, the solemnity of the burial makes idle conversation or greetings inappropriate. The recommended behavior is either silence or participation in prayers. The attire for a burial service should likewise be subdued…either black or dark colors. As with the funeral, men are expected to wear a yarmulke (and one will typically be provided, if necessary). Food or beverages are strictly forbidden at the burial.

The graveside service will usually be brief, with prayers, readings and a eulogy before the body is lowered into the ground. Though customs vary, mourners may have the opportunity to pour dirt into the grave after the casket has been lowered. The tzidduk hadin, or justification of the divine decree is then read and the mourners say the burial Kaddish. Once that is finished, those outside of the family form two parallel lines through which members of the family pass. Condolences may be expressed to family members at this time. Those attending the burial typically recite the following as family members pass:

“May God comfort you together with all the mourners of Zion and Jerusalem.”

Jewish mourners do not place flowers at a grave, but put stones there instead. The permanency of the stones is believed to keep the memory of the loved on alive, and the weight of the stones is traditionally held to hold down the deceased’s soul, so that it does not seek to return to the living.

When mourners leave the cemetery after a Jewish burial, they typically wash their hands, symbolizing that they have left death and impurity behind them as they come back into the world of the living.

At Gutterman’s, with funeral chapels in New York and Florida, we have provided comprehensive and compassionate funeral and burial services to the Jewish community for more than 125 years. We understand the unique customs within the different traditions and can ease your mind about all matters arising after the death of a loved one, from the arrangement of a funeral or burial to preparation for sitting Shiva, choosing a monument or memorial, preparing an obituary or creating a Yahrzeit calendar.

For knowledgeable and concerned guidance when you have lost a loved one, or to ask any questions regarding the Jewish funeral and burial services we offer, contact us online or call us at one of the numbers listed below to schedule a meeting. We will take your call 24 hours a day, 7 days a week.