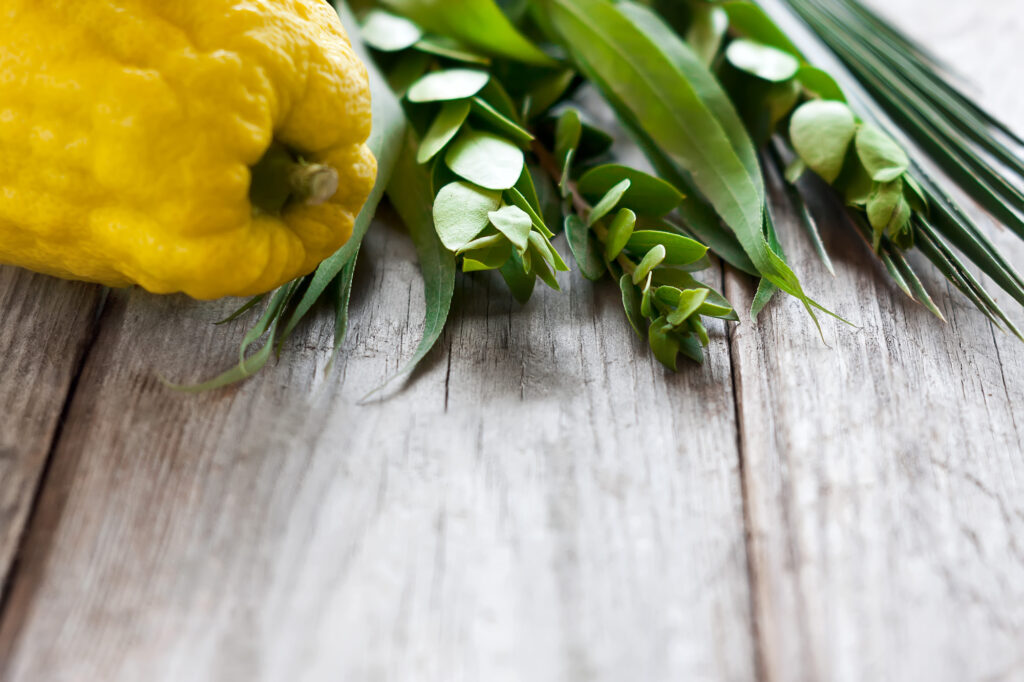 What Is the Jewish “Festival of Booths”?

Within Judaism, there are three holidays known as “pilgrimage festivals,” commemorating those occasions where Israelites were commanded to make a journey to the Temple in Jerusalem. Those festivals are known as:

The Hebrew word sukkot translates most accurately as “booth” or “tabernacle.” It refers to a temporary structure where farmers would reside during the harvest. It is also considered by many to be symbolic of the precarious dwellings the Israelites lived in during their Exodus from slavery under Pharaoh.

What Are the Origins of Sukkot?

The festival now celebrated as Sukkot was initially referred to in the Torah as the “festival of ingathering.” Though not specifically identified in the early books of the Bible, it has many things in common with the Canaanite harvest festivals known to take place at or around the time of the Exodus. Scholars are uncertain whether the booths that have become symbolic of the festival were first used by farmers who worked the harvest or by pilgrims who came to participate in the revelry associated with the harvest festivals. Interestingly, while the festival is considered to be connected to and in memory of the Exodus, there’s no evidence that the Israelites used booths during their journey through the desert.

What Are the Customs Associated with Sukkot?

Within Israel, Sukkot is celebrated for seven days—within the diaspora, it’s an eight-day holiday. In both, the first day is deemed a full festival, with holiday meals and special prayer services. Outside Israel, the second day is also considered a full festival. On Hoshana Rabbah, or the last day of the festival, synagogue attendees make a symbolic “trek” around the perimeter of the sanctuary during morning services. In the days between the beginning and end of the holiday (known as “Chol HaMoed”), certain restrictions are in place—many businesses are closed, and specific types of work are prohibited.

During Sukkot, celebrants will erect a sukkah, a booth that can be made of any materials, but often is constructed from wood, canvas, aluminum siding or even bed sheets. Jewish law requires that the roof be made of organic materials, which are typically branches, leaves or even palm fronds. Throughout Sukkot, all meals are eaten in the sukkah. It is also tradition to adorn the interior of the sukkah with hanging decorations of the “four species.”

What Are the Four Species?

According to the Torah, the four species are citrus trees, palm trees, thick leafy trees (myrtle, according to Talmudic tradition), and willows of the brook or valley. Under Jewish law, it is a “mitzvah,” or commandment to bind the four species together into a cluster, known as a “lulav,” and to wave the lulav every day during Sukkot. Customarily, the waving ceremony takes place before the morning service. The lulav may also be waved at home.

At Gutterman’s and Gutterman Warheit, we have met the funeral and burial needs of the Jewish community for more than 125 years. From funeral chapels in New York and Florida, we provide comprehensive assistance to mourners, helping you with every detail, from the order of a memorial service to the selection of a monument or marker, from preparations for sitting Shiva to the creation of a Yahrzeit calendar. We work with families from all the different Jewish traditions, ensuring that you honor your loved one in accordance with your faith. We will also be your liaison with the Chevra Kadisha, helping facilitate preparation of the body for burial.

If you need guidance after the death of a loved one, or simply want to learn how we can be of service to you, call us at one of the numbers provided below. We are available 24 hours a day, 7 days a week to assist you.