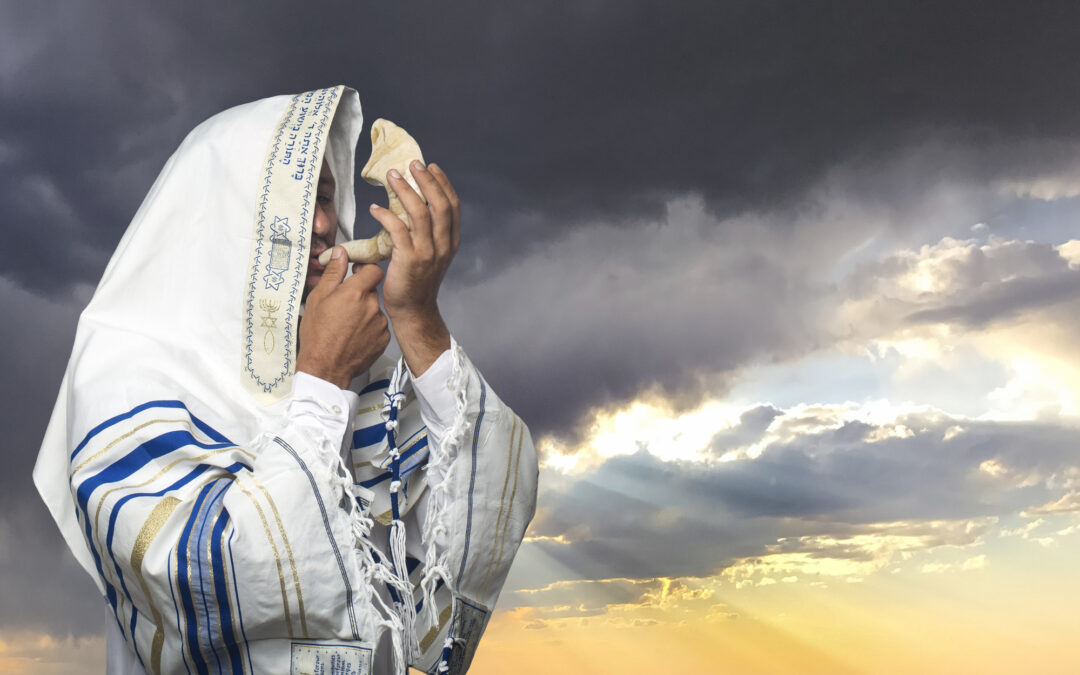 The Significance and Traditions Associated with These Jewish Holidays

Two of the most important Jewish holidays of the year—Rosh Hashanah and Yom Kippur—are just a few months away. Rosh Hashanah, the celebration of the Jewish New Year, will begin in 2022 at sunset on Sunday, September 25 and conclude in the evening on Tuesday, September 27. Yom Kippur, the Jewish Day of Atonement, starts a week later, at sunset on Tuesday, October 4, ending the following evening. Though many of us are familiar with these holidays and have participated in the traditions most or all of our lives, we may not know their historical and spiritual origins.

What Is Rosh Hashanah and What Are Its Origins?

Rosh Hashanah celebrates the Jewish new year, commonly considered the anniversary of God’s coming into the world, as well as the creation of Adam and Eve. Literally translated from the Hebrew as “head of the year,” Rosh Hashanah was in ancient times tied to the observation of the new moon, and the date would vary accordingly. However, during the 3rd century CE, when the Hebrew calendar was instituted, the beginning of Rosh Hashanah was fixed so that it would never fall on a Sunday, Wednesday or Friday.

Though the Torah does not make any reference to Rosh Hashanah, it is referred to in the Mishnah (a written collection of Jewish oral traditions), which describes it as a “day of judgment.” On that day, according to the Talmud, three books of account are opened, determining who will be deemed among the righteous, the wicked or an “intermediate class.” Those considered righteous will have their names inscribed in the “book of life,” assuring them a place in Heaven. Those deemed wicked will be permanently banned from the “world to come.” Those in the intermediate class, though, will have 10 days to reflect on their lives, seek repentance of their sins and be considered righteous. Those ten days end with Yom Kippur, the day of atonement.

What Are Distinct Customs and Traditions of Rosh Hashanah?

Rosh Hashanah is not simply a Jewish version of the secular New Year’s Eve. To the contrary, Rosh Hashanah is considered to be a time for quiet and contemplative reflection. Work is prohibited during the holiday and most observant members of the Jewish faith spend most their time at the synagogue. Rosh Hashanah prayer services typically include songs and texts specifically related to the holiday, with rabbis and their congregations using prayers from a special book called the “machzor.”

You can also expect to hear the traditional sounds of the shofar during Rosh Hashanah (and Yom Kippur as well). A trumpet made from a ram’s horn, the shofar signifies the need to repent and remember that God is king.

At the conclusion of Rosh Hashanah, when the synagogue services are over, observers customarily enjoy a festive meal, initiated by the lighting of two candles. All tables are set with the best linens and place settings, and observers feast on foods that symbolize the new beginning, such as apple slices dipped in honey or round loaves of bread called challah (not the traditional braided challah). In many traditions, the challah contains raisins, signifying the hope for a “sweet new year.”

The holiest day on the Jewish calendar, Yom Kippur takes place every year at the termination of the 10day period of reflection and repentance associated with Rosh Hashanah. Yom Kippur lasts for 25 hours, with most of that time spent in fasting and prayer at synagogue. There are five different prayer services on Yom Kippur, where congregants make both private and public confessions of sins. Because it’s considered to be the highest of all Jewish holy days, it’s typically observed by virtually all members of the Jewish faith, both secular and practicing.

The customs associated with Yom Kippur typically begin the day before, on what is known as “Erev Yom Kippur,” or the “eve of the day of atonement,” when there are additional morning prayers, an afternoon prayer service and festive meals. Observers conduct acts of forgiveness and/or charity, and often perform the “kapparot” ritual, where a chicken is passed over a person’s head and then slaughtered (though many have substituted money for the chicken).

Let Gutterman’s Assist You in Your Time of Loss

At Gutterman’s, with chapels in New York and Florida, we have provided comprehensive funeral and burial services for members of the Jewish faith for more than five generations. We have a thorough knowledge and understanding of the different Jewish traditions and can offer compassionate and comprehensive counsel when you are grieving, assisting you with all matters related to a funeral or burial service, from the order of service at a memorial to the selection of a monument or marker, preparation for sitting Shiva, and the creation of a Yahrzeit calendar. We will also work with the Chevra Kadisha to facilitate preparation of the body.

For answers to any questions about our services or to learn the many ways we can be of assistance after the death of a loved one, call us at one of the numbers below. We are currently available to consult with you by phone, text message or videoconferencing. Our phones are answered 24 hours a day, 7 days a week.