What Do the Eight Days of Hanukkah Represent? 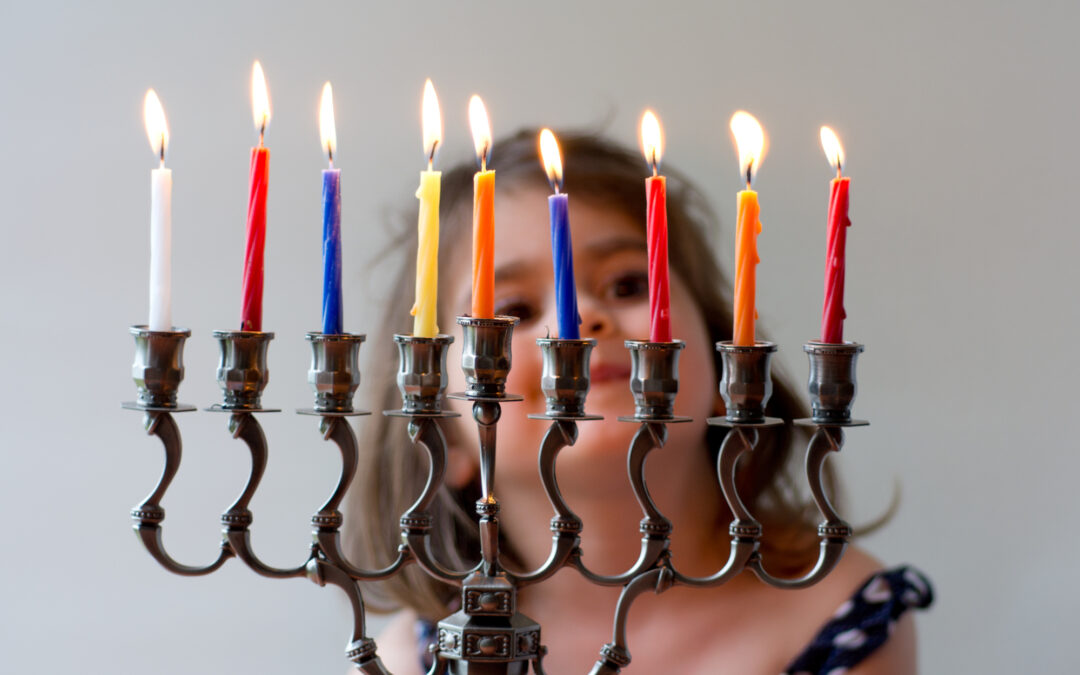 The Significance of the Eight Days of the Festival of Lights

Hanukkah, the “Festival of Lights,” will be celebrated from December 11 through December 18, 2020. Although not mentioned in the Hebrew scriptures, it has long been one of the most popular Jewish religious observances. What is Hanukkah and what does it commemorate? What is the significance of the eight-day period of the festival?

The Origins of Hanukkah

The events which led to the creation of Hanukkah are chronicled in the first and second books of Maccabees. These books, though not included in the canonized Hebrew bible (the Tanakh) used in the modern Jewish faith, are a part of the Old Testament in the bibles of the Catholic Church and the Orthodox Church.

According to ancient sources, the land of Judea (also known as the land of Israel), came under the rule of Antiochus III around 200 B.C. The Seleucid king of Syria, Antiochus III permitted Jewish citizens to continue practicing their religion. When Antiochus III died, though, his son, Antiochus IV Epiphanes, changed all that, prohibiting the practice of the Jewish faith and ordering all citizens to worship the Greek gods. In 168 B.C., he sent soldiers into Jerusalem, where they slaughtered thousands of Jewish citizens, erected an altar to Zeus in the holy Second Temple of the Jews, and initiated a practice of sacrificing pigs at that altar.

The Jewish community in Jerusalem, led first by the Jewish priest Mattathias and his five sons, and then by Judah Maccabee, waged an ancient form of guerilla warfare against the occupying forces and successfully drove them out of the city around 164 B.C.  Maccabee instructed his followers to cleanse the Second Temple and build a new altar as part of the temple’s rededication.

It was then they witnessed what had become known as the “Hanukkah Miracle.” As part of the rededication, Maccabee and his followers lit a menorah, with its seven branches signifying creation and knowledge. Though there was only enough olive oil to keep the flame lit for a single day, it flickered for eight days and nights, until a fresh supply of oil arrived. That inspired Jewish leaders to establish and annual eight-day festival.

Though the descriptions of the origin of Hanukkah make no reference to the lighting of candles as part of the celebration, Jewish scholars say the practice has been a tradition almost since the beginning. The precise practice of lighting the candles has been subject to debate for almost as long at the tradition has existed. The Hillel school holds that one candle should be lit the first night and one more for each of the additional eight nights. The Shammai school, on the other hand, contends that the greatest miracle was the first night, so all eight candles should be lit that night, with the number reduced by one for each subsequent night.

Gutterman’s—Serving the Jewish Communities in New York and Florida

At Gutterman’s, with funeral chapels in New York and Florida, we have provided comprehensive funeral and burial services to the Jewish community for more than a century and a quarter. We understand Jewish customs and traditions and will advise and assist you with all matters related to a funeral or burial, from the preparation of the memorial service to the choice of a monument or the creation of a Yahrzeit calendar.

We understand the need to practice social distancing and other safety measures as we seek to overcome the pandemic, but we also know the essential role of funerals and burials in the grieving process, as well as the reverence of Jewish traditions. We are committed to working with you to identify ways that you can pay your respects, experience your grief, and stay safe. Because of our concern for the welfare of our customers and our staff, we strictly adhere to all public health guidelines governing COVID-19, including social distancing, the use of sanitizers and appropriate mask etiquette. For a statement of our current safety measures, see our website.

To ask any questions about our services or for any assistance after the death of a loved one, call us at one of the numbers provided below. We are currently available to consult with you by phone, text message or videoconferencing. Our phones are answered 24 hours a day, 7 days a week.